How to Block DirectAdmin Commands for Users?

Server administrators exercise the ultimate authority over a hosting server. They can even grant or deprive the user accounts of some of that authority. Admins of DirectAdmin servers can exercise this power as they can block some of the commands that users can run.

Block DirectAdmin Commands for all the User Accounts

The never_commands setting in /usr/local/directadmin/conf/directadmin.conf file will block commands globally and for all the users on the server.

The syntax to block commands with the never_commands setting:

It will block the commands to create new admin accounts.

For the command to take effect, restart DirectAdmin:

For specific users, blocking commands requires a bit of preparation.

Let’s see what to put in these files-

The moment a user tries to execute a command you have denied or blocked, DirectAdmin will give an error message.

Here are the links where you can find all the DirectAdmin commands:

You can block these commands globally or for a specific user on your DirectAdmin server. 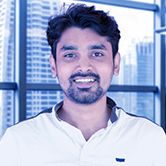 Prasad Khartadkar
Prasad is a business grad specialized in Marketing. He has garnered experience as a technical content writer and a digital marketer that he brings out in his work. He likes reading classics and travel in his free time.