PuTTY, a popular terminal emulator for Windows isn’t just limited to Windows operating system. It is free and open source and also popular among Linux users. It supports several protocols including SSH, Telnet, serial, rlogin, SFTP, SCP, etc. Seasoned sysadmins and hobbyists use it. Generally, it is used by Sysadmins as an SSH and telnet client whereas the Maker community broadly uses it to interface with the serial ports on their hardware. PuTTY also comes with a command line tool named “psftp”. It is the PuTTY SFTP client used to transfer files securely between computers over an SSH connection.

In this article you will learn to install PuTTY on Ubuntu 14.04 and higher.

PuTTY can be installed in Ubuntu Linux by using the terminal i.e. the command line in a easiest way.

1. Login to your Ubuntu Desktop. In order to open GNOME terminal press Ctrl + Atl + T. If the shortcut doesn’t work, run the Terminal from the Ubuntu Dash.

2. Execute the below command in the terminal:

With this command, the Ubuntu package list gets updated with latest one. In case you skip this command, Ubuntu might install older version of the softwares rather than the latest version because it only had the older list with older version of softwares. So, before installing new software or intending to upgrade the software versions, you should run this command first. This sudo prefix at the beginning of the command, informs the terminal to execute the command as root as installing and upgrading softwares is a privilege operation and should not be performed by users having limited access. Mention the user password when asked by sudo and hit Enter.

3. Use the below command to install PuTTY: 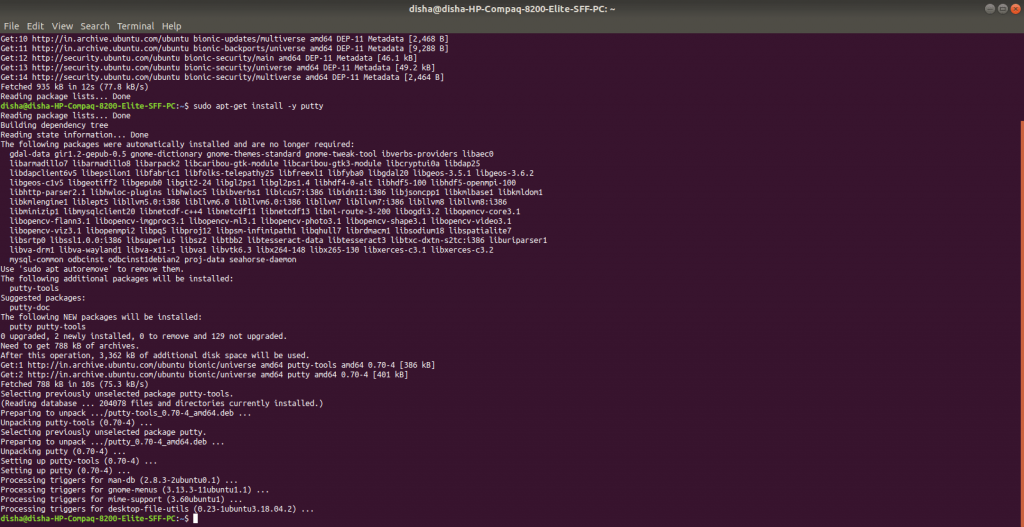 4. Now PuTTY will get installed. Use “putty” as command to run it, or you can run it from the Dash. 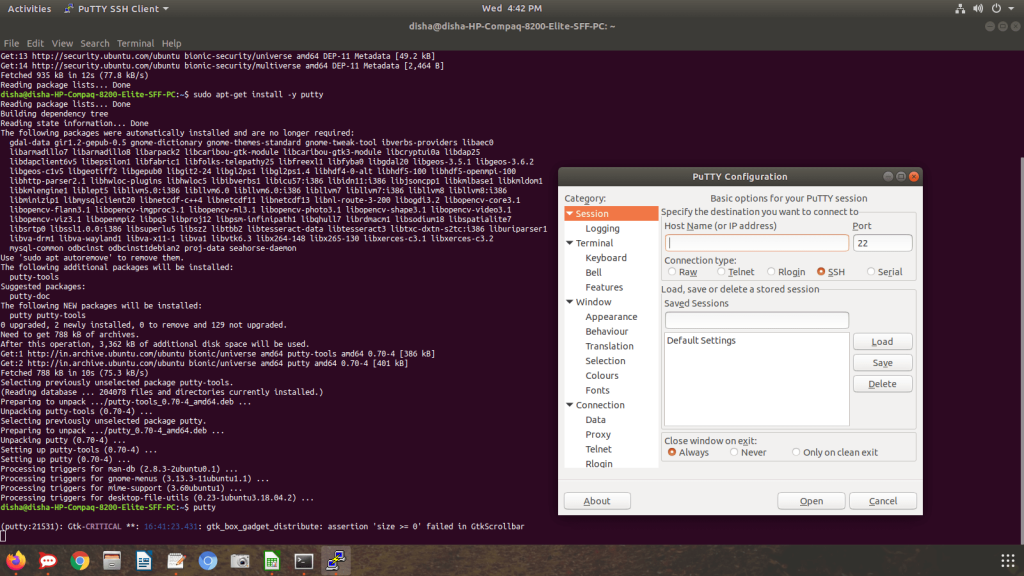 From the screenshot above, you can see that it offers a range of connection type to select from: Telnet, Raw, SSH, Rlogin and Serial. It also comes with command line tools for SFTP (psftp), SCP (pscp), RSA and DSA key generator (puttygen), etc. You can run them from the terminal.

In this way, you can install PuTTY on Ubuntu Linux in these simple steps.

How to use SSH on Windows PuTTY?

Learn to Connect to Your Account Using Putty SSH Terminal

Pallavi Godse
Pallavi is a Digital Marketing Executive at MilesWeb and has an experience of over 4 years in content development. She is interested in writing engaging content on business, technology, web hosting and other topics related to information technology.
Related Posts
How to Download and Install PuTTY on Windows Operating System?