In 1994, the Internet officially changed from a lab to a commercial network service. World Wide Web (WWW) & electronic mail (aka email) fueled it’s growth which is phenomenon & known globally. The IP address system was not designed to be a global numbering system. The number space was small. Not the way telephone system was spread with country & area codes. IP ranges were assigned to organizations inefficiently resulting in wastage of IP ranges.

The number space is being depleted. As the IP addresses are not assigned hierarchically, routing tables are growing rapidly. In no way the expansion of internet is going to slow down. There is a growth personal computers all over the globe, especially in developing Asian countries. This results in their connectivity into the global network. New challenges are presented by

The world of shopping carts has moved onto Internet & ecommerce hosting has been a boom. For these portals it is time to build security into the network infrastructure.

One more thing that haunts managers is the administration of these IP addresses due to IP address enabled devices zooms in the stratosphere. Organizations (large OR small) use IP backbones to connect the network together & tunnel the traffic. Launching IP version 6 (Ipv6, also know as IP next generation) is the need to solve these IP addressing, routing, administration, performance, security & congestion problems.

Packet is one word that is widely used for every layer in networking world which isn’t true.

There are 3 types of addresses.

To write these addresses a compact notation is used. Eight hexadecimal numbers separated by colons. Each hexadecimal group is 16 bit.

Leading zeros in the hex field can be dropped. The above address can be compressed further by replacing the string of 0 with ::. 0 instead of 0000 & 5 instead of 0005

Mobile Connectivity across the Internet is increasing day by day. There is a pressure of IP addresses all over the world. Implementing the IPv6 will be a relief to organizations using private as well as public network. There will be more devices around the globe & the need of IP addresses will keep on increasing. Every device over the network has a IP address assigned to it.

The first thing to implement is to upgrade DNS service that the DNS servers respond to the new address format which is IPv6. A new address record type AAAA will be used to map domains to IPv6.

The IPv6 have laid a foundation to solve the Internet space depletion problem with more efficient routing. Allows future updates & a way for other protocols to ride across the IP network. At MilesWeb, IPv6 is successfully implemented in private labs & is compatible with services on server (linux & windows). In coming months control panels will be compatible with IPv6 in their next release. 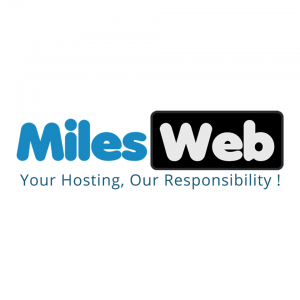 Admin
With over 10+ years of experience in the web hosting industry, I have achieved extensive exposure to result-oriented methodologies. And expertise in different domains like Datacentre Services, Cloud computing technology, Web hosting industry and many more.