Pure Joy is Trekking with Teammates! 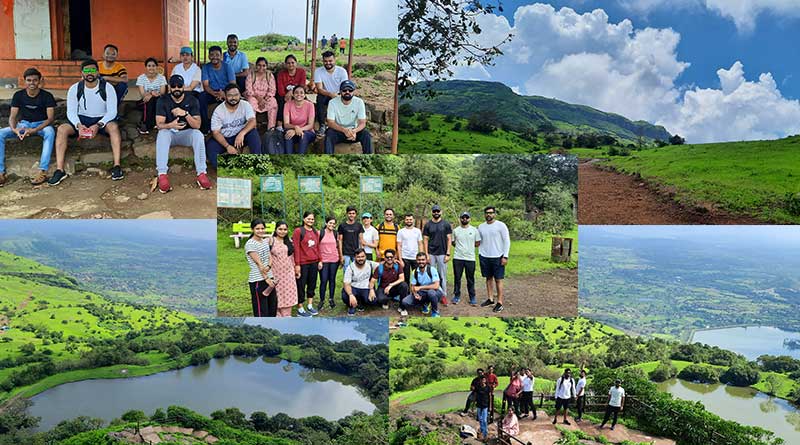 “Just unforgettable” is all we can say about our recent trekking expedition to Anjaneri Hills! Amazing view, cool weather, greenery, alluring nature’s beauty. And most importantly, away from the busy crowd and daily work routine…There’s a lot more to say..😃 Keep reading!

To start with, we all gathered in the early morning around 7 o’clock near our office. With a fresh mood & fresh faces were all set to go and rock! 😎 Started traveling in the car, played some songs for some entertainment.

And finally reached the destination, Anjaneri, the birth of Lord Hanumanji. Yes, quite an old historical place.

So, basically we had some tea lovers in our team, so they had tea first, and then, together we all started off…

In the initial part of the trek, there were steps. Couldn’t count, but believe us they were too many. Thereafter, climbing the steps, we reached the plateau of Anjeneri. It took almost half an hour to reach there.

Struggling, struggling… Ohh but still we kept walking with the same zest! It was so thrilling omg…Going through the dense bushes, mountains, and lakes. Anyways, the trek was not yet over.

Just one after another, we couldn’t take our eyes off the amazing view!

We all kept walking, and walking… And, we made it to the last spot.. The feeling was like, “Look we have climbed Everest.”

Jokes apart, by the time everyone was literally so hungry..Good that some of our team members carried tasty and healthy snacks.

Wow…the sandwiches, Maggi, homemade breakfast, everything was so perfect! 💯 Clicked awesome pictures, and took a rest for some time..And started walking down again!

The sky-high mountain and peace literally mesmerized us all. The best part was, from the top, we watched the beautiful view of the lake that’s shaped like the footprint of Lord Hanuman. Not pulling the story too long..

And it was time to head back home again. In between, we stopped at a nearby restaurant for a delicious lunch.. To tell you, overall, it was a wonderful experience during the entire trail with the fellow teammates.

The trek was planned by our HR team. A big thanks to them. Plus, we’re super happy to have our bosses join us.

Last but not the least, our only mantra during the trek was to “Get to the top”, no matter how tough it gets. Don’t you think, we deserve a pat on our back? Yes, of course, we’ll take it.. 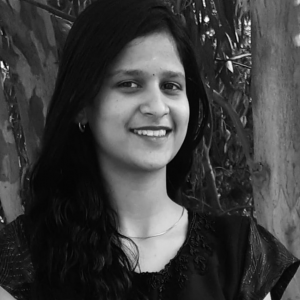