Top 3 Best Ways To Use Snapchat For Marketing

With over a hundred million active monthly users viewing at an average 6 billion videos on a daily basis, Snapchat has become one of the most widely used social platform used for socializing. Like the other social media platforms it may not seem to include things in the social marketing tactics, but with majority of its target audience as millennials, this factor can prove to be a great opportunity for people to connect with them. The best and unique feature that comes with Snapchat is its short lived images, not found on other social media platforms which can be sometimes challenging for product centric businesses but can open up new avenues for marketing if utilized in a tactical and an organized manner.

It is a marketing rule that the very first company that brings up something new and starts working on a new platform is ensured to get the maximum returns of the investment and Snapchat with its short lived images features has this advantage.

It was very common to have email open rates over 90 % in the early 90’s. But when AdWords first came into existence, it became very easy to get even the highly competitive keywords ranked in the search engine at a very competitive pricing. Similarly with Facebook, when it initially started running ads the cost of marketing was a way less than it is today. It is a known fact that as a platform becomes more recognized, the cost of the services it renders enhances. This being the main reason why the best marketing agencies emphasizes more on taking the advantage of the new platforms.

Snapchat is also in that early stage today and the best part about it is that it is already extremely popular among the youth. It can be seen from the survey in early 2016 that there were around seven billion videos being viewed on a daily basis and the figure in today’s date has already reached close to 160 million, which is even more than the users on Twitter.

Now the problem arises that some of the marketers are anxious to experiment with new social media platforms but are not sure as to how can Snapchat be used for marketing or sales. Let us look into some of the benefits and advantages of using Snapchat messages over the other social media platforms. To start with it can really be confusing but if you go by the book written marketing funnel, it can really prove to be very beneficial. Let’s have a look at the marketing funnel which can be classified into three main stages;

In this stage as the name suggests, the emphasis is more on creating awareness about your product or service so that the prospects can get to learn more about your business and what offerings you have for them.

Once you have introduced your product to the customer, the second step that comes into play is taking a step further by the prospects signing up for you company emails or webinars.

This is the final stage in which after showing interest in the product the prospect takes the final jump usually resulting in sales.

Snapchat is a unique and an interesting medium and is the strongest during stage 2, i.e “interest” as you can constantly engage your customers with images and videos live for short instances. Research reveals that the traffic on Snapchat is four times higher in comparison of similar social networking image sharing platform like Instagram. Unlike the other channels Snapchat lets you share valuable content to the users and allow them to identify the unique side of your business using this channel which might not be as visible using some other platform.

Let’s now discuss three ways in which the marketers can use Snapchat to enhance and market their business.

Snapchat can be used as a medium to launch and market your products even before their release. This instills the sense of excitement in them before the launch of the product. For eg; NARS , the makeup company used this medium to launch its products.

Snapchat provides an amazing feature of creating low budget videos and also letting you post “behind the scenes” videos which helps you deepen the relationship with your customers further.

Who doesn’t like cash backs? Discount coupon codes can be a great way of marketing. Visualizing the high traffic of users on Snapchat, large brands have used this technique to be successful in marketing.

This is one of the most effective mediums used by big firms and companies for marketing now a days. Leveraging influencers can help you capture large audiences as the content posted by you will be viewed both by your followers as well as the followers of the influencers, certainly one of the quickest and easiest ways to entertain large audiences. This practice is already being followed on Snapchat. Recently Audi paired up with Television show Pretty Little Liars and got over 116,000 followers.

Another method of using this technique is letting the influencer handle your Snapchat account and posting content on your behalf.

With little creativity Snapchat can be used to good effect for marketing and reaching young audiences without making a hole in your pocket.

Snapchat is very popular among the youth but yet to reach the larger chunk of Quadragenarian and elder people. So there is still a huge potential in this channel for marketing if used to good effect. Snapchat is booming at present and people who get on this now can be assured of a radically better engagement than those marketers who get on it maybe six months or a year down the line. 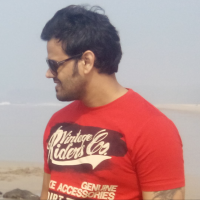 Responsible for the day-to-day running and management of MilesWeb. Associated with web hosting industry since 2005.