4 Things to Consider for a Good UX on Android 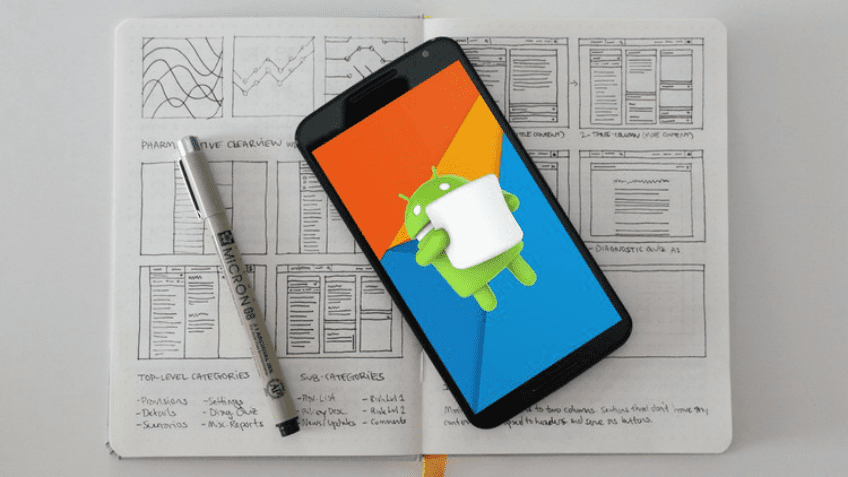 For a long time, in the application design environment, iOS projects were favored over projects with Android. This is due largely because of the fact that Android was not so popular until 2014, and because of that, the design guideline was not so solid and specific, however, this has changed with the implementation of Material Design.

Basically, the material design is a new visual language that Google recommends to create applications on its platforms that are inspired by real-world materials and objects such as paper and inks that react according to how they are handled.

It’s an interesting concept to work, as a kind of added depth and greater capacity for abstraction of content, unifying all the visual language of Google and for the first time in the company’s history, creating a cohesive design language.

We know that the market is dominated by Google’s operating system (in India now exceeds the 90% mark, while the world is about 85%) and because of this success, it ‘s past time to think of better interfaces and experiences to Android users.

Much of the Android apps are not yet a masterpiece of design and material design does not have the perfect language. The approval system for the Google Play Store is somewhat ‘loose’, resulting in approving many applications that do not even have the least regard for UX.

But the days of Ice Cream Sandwich are gone. The Material Design is a good and beautiful initiative.

With this in mind, here we list the FOUR things that we consider important to keep in mind when it comes to designing a good design for Android.

Much is said that the biggest problem is Android fragmentation. Different devices, different screen sizes, and resolutions. How to design something with so many variables?

Many designers tend to choose to design for iOS and with some reason: designing for different screen sizes and resolutions is a headache that no one loves to have.

But this challenge requires nothing more than creative thinking, which, in turn, can lead to a better UX design.

Thinking about responsiveness is not new. The idea behind the material design documentation can include concepts that serve to accommodate so many different screen sizes as is possible, similar to all that we have seen with the web.

A maximum in UX design is: CONTENT IS KING (i.e., content is the KING of design), and yes, it becomes a challenge when it comes to designing for mobile.

You have to design the layout in a way that makes sense to the user. Undoubtedly, it is more work for designers, but it is a work that serves to ensure an optimal user experience that is needed. Use the granularity of Android in its favor. Think responsive.

The Floating Action Button, better known as FAB, was introduced along with the concept of material. FABs are circular buttons that draw attention and that, generally, are located in the lower right corner of the screen.

FABs have become very popular in Android applications that are adapted for Material Design. They are also becoming increasingly common in iOS applications.

But it would be a good standard for FAB UX? Arguments on both sides abound.

The staff goes against claims that it serves more as an obstacle that takes the user’s attention and it is difficult to know what can happen when you tap this button. A UX failure.

On the other hand, the HELP button is highlighted on the screen to let the users understand that there is the existence of action, which can be used as a point of quick and easy access, but the action button could end up confusing the user, if the design team does not understand for whom the application is designed.

If you think the FAB is really fabulous or it is a big mistake, it does not matter. What should matter is you understand your Username and know when to use this feature.

Some questions to ask yourself:

These two are the important questions that can only be answered with insights derived from users.

If you decide to use the FAB, be sure to follow the guidelines of the documentation and implement them accordingly. Otherwise, a FAB without much practical sense could only ruin the UX of your application.

When Google implemented the splash screens in their applications (or launch screens, as they call it in their design guidelines), the Android community has entered a deep discussion, and most of the feedbacks have been quite negative.

The home screen consists of an image that occupies space on the entire screen and is visible while the application is loading. Typically, what is shown is a logo or other brand information.

Instead of letting the user looking at a blank screen while the application loads, you see a screen that creates the impression that the application is loading faster. In addition, it helps to bring the whole brand image.

But the use of splash screens raises the question: Is it really a good standard of UX? Many in the Android community have argued against it, saying that if an application takes a long time to load, then the problem is the very app.

It is known that a good UX design is beyond appearance and emotion that each screen awake, is directly connected to a fast performance and application interface delivery to the user. It’s the old dilemma of not wasting the time of a user with unnecessary screens.

In the case of complex applications and slow internet connections, it is true that we see a blank screen while the application loads, it is not ideal.

It is a decision for each project. You need to decide on this in relation to the application and user behavior context.

In the application, for example, if the user wants to add a quick note, it would be annoying to see a screen every time the application starts. However, for an application such as YouTube can be less hassle because users are not always in a hurry to watch a video.

Navigation in an application is the direct contact of the user with its architecture. If a user experiences navigation problems when using the application, then this application is structurally flawed.

A good UX implies a solid design, easy to navigate and that makes sense.

Remember, your application is ONLY another application on a mobile device full of apps. It is important to maintain a certain level of consistency between the device family using UI patterns.

Focus on understanding the navigation. No matter if you are using multiple tabs and then the controversial burger menu. Focus on delivering what is needed. If necessary, it imitates. There is a Picasso quote: “Good artists copy, great artists steal“.

Do not be ashamed to imitate patterns of other apps, as long as it makes sense for your user. Make a design that delivers value.

Do not expect to be the first app that the user deletes when he need some free space to take another picture for Instagram.

Anyway… Unlike websites that have the primary function of providing tons of information to the user, mobile applications, mostly, are specially designed for specific tasks.

Pay attention to the Google documentation and do not be afraid to invent. If it makes sense to the user and is consistent, you do not have worry about its growth.