5 Amazing Ideas to Change the World with Future Technology 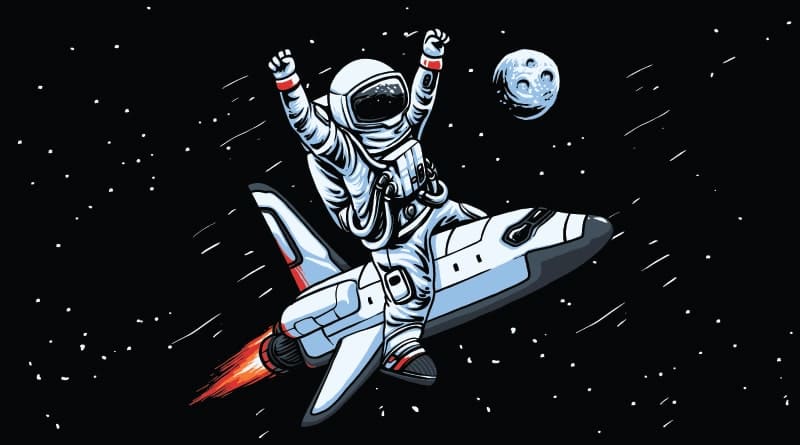 We’re living in a time of incredible technological innovation. Future technology in healthcare, space travel, and artificial intelligence are sure to change the way we live and provide solutions to humanity’s problems.

For fans of future technology, it’s obvious that we are living in an extremely special time for technological development. New future technology is performing revolutions in all walks of life, from business to entertainment, travel, and even finding love. Almost every day, we hear exciting news about new achievements in various fields. Technology like 5G and artificial intelligence are having a profound effect on our daily life, and the influence of technology will only continue to grow. 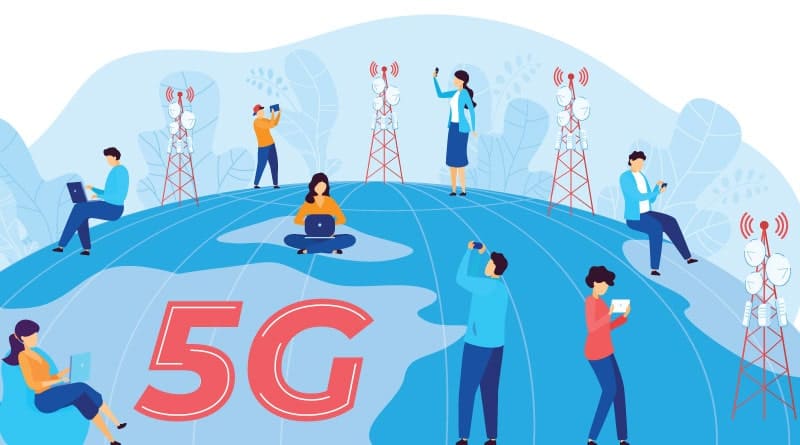 Known variously as autonomous things, the internet of autonomous things, and AuT, this field of technology looks certain to become an incredibly influential future technology in daily life shortly. AuT has emerged from a potent combination of artificial intelligence, cloud computing, Big Data, and the Internet of Things, and may end up being the future of internet technology. AuT uses AI to perform a range of complicated processes that would previously have been the responsibility of human workers. AuT can complete these tasks more efficiently, freeing up human workers to come up with creative future technology solutions to more lateral problems. AuT is certain to have a tremendous impact in a variety of fields, but there are some areas where it’s certain to prove nothing short of revolutionary. In future farm technology and manufacturing, AuT may set a new template for how industrial and agricultural operations produce goods, as AuT can seamlessly regulate many areas of production, quality assurance, and packaging. Sensors on different pieces of hardware will be able to communicate with each other on an AuT network to regulate every single process to be in harmony with each other for maximum efficiency. Elsewhere in urban planning, AuT will play a role in regulating smart traffic systems that put every traffic light in a city on the same network to fluently regulate traffic levels for optimum decongestion. AuT can also help power more energy-efficient future technology in homes and is certain to form the foundation of smart cities that may be constructed with future technology. 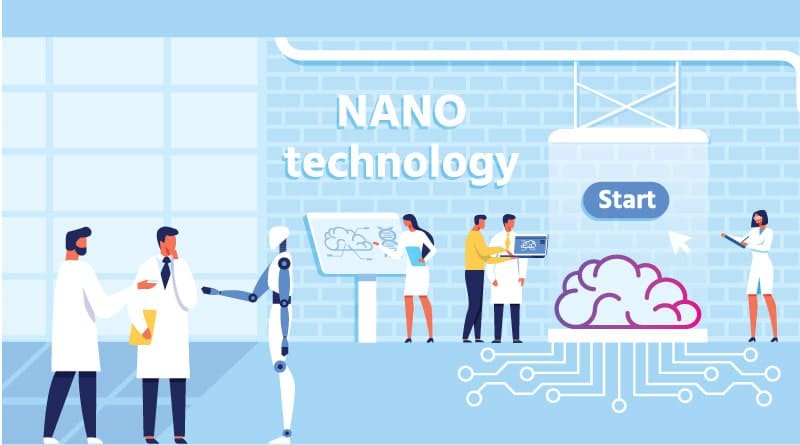 As a branch of nanotechnology, nanomedicine could be a future technology that proves revolutionary in treating diseases that have till now proven resistant to treatment with modern medicine. Traditional medicines tend to go through our digestive process too quickly for effective absorption so that we often end up excreting much of the medicine as waste. Future technology like nanomedicine can prevent this and stay in the human system for much longer and to better effect. Already, scientists have created incredibly small robots that can swim through our bodies towards a specific part of our insides whilst carrying a pharmaceutical payload. With effective miniaturization and the proper programming, the potential for nanomedicine is staggering and may well pave the way for the future of healthcare technology. In theory, nanomedicine could be used to ferry chemotherapy drugs to cancerous cells without having to be absorbed by a person’s whole body, and therefore reduce the negative side effects of such treatments. These developments will prove revolutionary in reducing the number of side effects patients will face from future treatments. Experts predict that nanomedicine could also help with post-treatment recovery and even be used to stabilize patients during surgery. With great attention turned to healthcare innovations today, there’s a big chance to expect some exciting news in the nearest future. 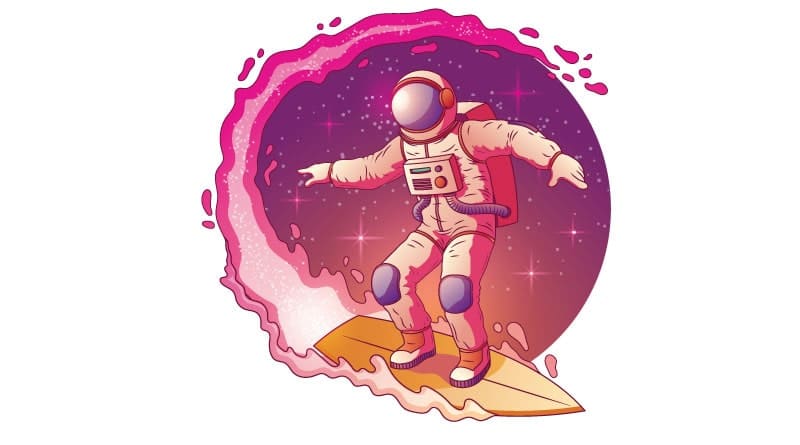 2021 is on track to be the year that space tourism becomes a reality. In July, Jeff Bezos is scheduled to make future technology news onboard Blue Origin’s New Shepard craft as it takes him and his crew into space. A mystery passenger won a $28 million bid to join the Amazon founder on the craft, and their presence will officially make the mission a paid tourism venture. Blue Origin looks to be the first company to make space tourism a reality, but they will by no means be the last. Firms like Virgin Galactic and SpaceX are already well underway with bringing their own space tourism services to market, which will allow wealthy customers the chance to take a brief trip into sub-orbital space. A new golden age of future technology for space travel seems to be upon us, driven by the boom of the commercial space economy. State-space agencies also seem to be working with a renewed purpose, as new projects from NASA look at possibilities for putting man back on the Moon and even a possible manned mission to Mars. At present, the launch costs are likely to mean that space tourism can only be accessed by the very rich. However, thanks to economies of scale and the ever-increasing efficiency of rocket performance, it would be no surprise if space tourism became more widely affordable with future space technology in our lifetimes. Air travel was also once the preserve of the very rich in the 20th Century. Eventually, air travel costs plummeted and became widely affordable by the 1980s, so it would be no surprise if the same were to occur with space tourism. 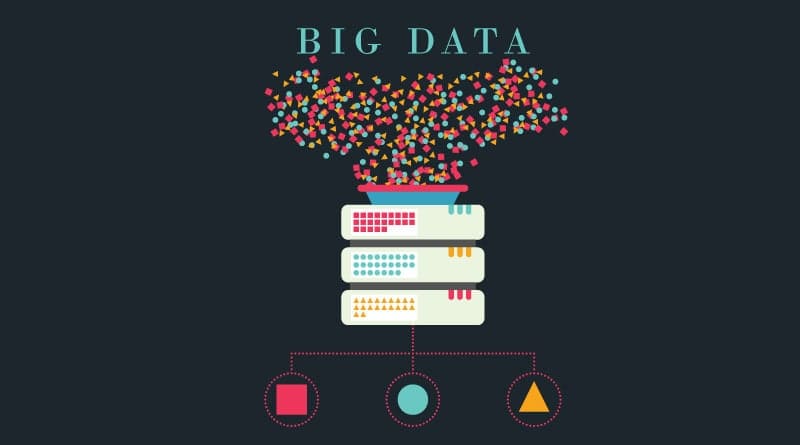 Big Data refers to massive volumes of digital information that create a giant data set from information sourced from a variety of avenues. What to do with this data is the question. The term “Big Data” really refers to the capacity to process all this information with computational power into knowledge that can be usefully applied elsewhere. Some areas where Big Data is of particular interest as a future technology include commerce, advertising, genetics, and human resources.

Many interested parties are looking into ways to harness the power of Big Data and find out what it can tell us about human behavior. To exploit Big Data effectively, the information needs to be collected, processed and quantified to make it useful. Some well-known examples of companies that have successfully harnessed the power of Big Data include Uber and Netflix. Uber uses the install base of its app on customers’ smartphones to generate algorithms that help connect customers with drivers in the most efficient way possible. Netflix harnesses Big Data to turn its customers’ viewing behavior into algorithms that help connect them with other programs they may want to watch based on their browsing history.

In this way, we can see that Big Data holds tremendous commercial potential when it’s harnessed effectively with future technology.  Big Data can also be used to create new treatments in medicine, manage the after-effects of natural disasters and even provide more efficient humanitarian relief models. However, Big Data really takes on a life of its own when combined with the power of future technology like machine learning. Machine learning refers to AI capable of recognizing patterns and adapting its own functions to this information. Machine learning combined with Big Data can produce predictive analysis on a hitherto unheard-of scale in a huge range of industries. Thanks to the development of the Internet of Things, there’s more information than ever to fuel Big Data, which will mean we may have just seen the tip of the iceberg as far as understanding its power and potential to inform future technology inventions. 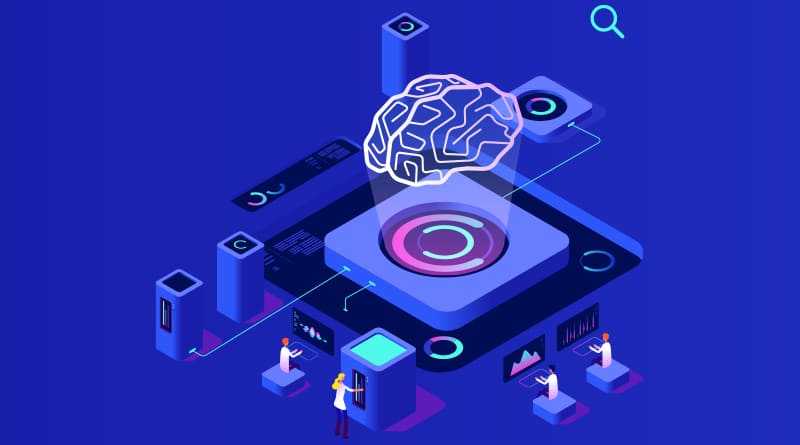 While artificial intelligence has long been conceived of in exciting science fiction, it’s had a relatively short existence as a working technology. However, in the six decades of its existence, tremendous strides have been made in the field, and this future technology has yet to reach its full potential. The first machine to reveal the power of AI was IBM’s Deep Blue supercomputer that famously beat chess grandmaster Garry Kasparov in 1997. Machines would again be victorious against human players when AlphaGo, the AI that came from Google’s DeepMind project, beat the world Go champion Lee Sedol, even though Go is a much more complicated game than chess.

With modern advances in algorithm writing, data science, and computing horsepower, AI is ready to embrace its future technology potential. By recording and analyzing new data, AI is capable of altering its own processes and becoming more powerful as a self-evolving program. AI is currently making its impact felt in many different fields. In healthcare, AI can identify health markers to assist doctors with predictive diagnosis. AI is also going to be critical to the success of self-driving cars and other future robotic technology.

Perhaps the AI that currently has the biggest impact on our daily lives is the one that many of us are carrying around in our back pockets. Virtual assistants of this kind, such as Siri and Alexa, are found in our smartphones and employ AI to learn our habits and preferences to provide us with more relevant, personalized information. AI will also be used to power facial recognition future technology that will have a big impact on law enforcement and security. Perhaps one area of AI’s influence that is especially impactful is in the fields of banking and investments. Sophisticated algorithms now power much of the stock market, with AI instantly detecting ups and downs in the market to trigger profitable investment. However, some recent stock crashes have been attributed to the influence of AI, making it clear that the technology is not quite ready to operate in a vacuum without human oversight just yet.

Related Article: How AI and AR are Transforming the Future of the Ecommerce Industry?

Conclusion: Future Technology as the Building Blocks of Tomorrow

These are just some of the most exciting examples of future technology on offer, and there are dozens of other prototypes for revolutionary technology that are sure to have a profound effect on the next generations of humanity. Self-driving cars, quantum computing, and 3D printing are all set to make their presence felt in the coming decades. These fields are likely to impact each other and help drive up the pace of change, where a breakthrough in, say, 3D printing will have a positive effect on the manufacture of materials for advanced space technology. Elsewhere, virtual and augmented reality will have a profound effect on the future of technology in education. It remains to be seen whether a new technology arrives that proves as revolutionary as the internet, for example. Now, we have a lot of data to analyze and decide on its impact and the way it should be developed. However, it could equally be said that the internet is an invention that’s history has not yet finished being written.

What might be the next great leap in future technology that advances mankind’s modern civilization forever? Today, we are fortunate to be living in a time when ideas and information can spread exponentially, meaning more minds than ever are at work developing scientific innovation. Around the world in laboratories and garages, the next generation of entrepreneurs and innovators may be quietly working on the technological breakthroughs of tomorrow. Who knows, perhaps the most significant future technology has yet to make an appearance! With modern science and technology, every new breakthrough might have the potential to change our lives dramatically. Is there any cool future technology that you’re especially excited to see become a reality? Or maybe you’re currently working on one? 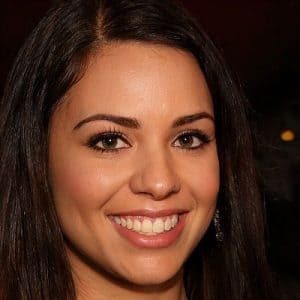 Emily Moore is an English and programming teacher with a passion for space and blogging. She believes future space technology and research should focus on conserving our planet’s resources. With satellites in orbit, it is easier to obtain relevant data on any changes in the environment and can help people quickly solve problems.