What Is Node-RED And How To Perform its Installation? 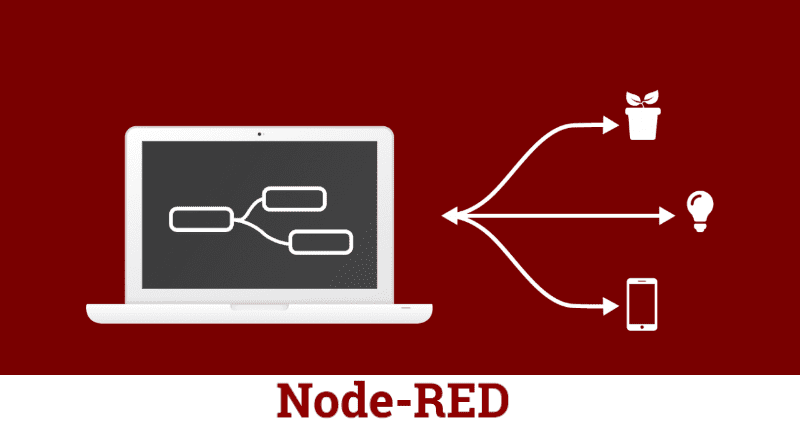 Node-Red is a development tool created by IBM for the interaction of hardware devices, APIs, and online services to simplify the creation of embedded systems called IoT (Internet of Things).

Node-Red brings us a browser access flow editor containing several nodes by default mostly done in JavaScript and NodeJS which allows us to create well-advanced schedules in an intuitive way so much that it is not even necessary to be an expert programmer to develop on it. All the schedules can be divided into Flows for better visualization and at the end, these Flows are stored in JSON, thus simplifying the sharing of the “code”.

In 2016, IBM contributed the Node-Red as an Open Source project in the JS Foundation

First, to install Node-Red we have to remember that it is an extension of NodeJS so we must first install it, on windows just install one of these.exe, depending on the architecture of your processor.

Note: Always use the sudo command to have administrator authorization.

After that, open the “cmd” in windows because all the next steps are passed in command lines, for those who are in Linux, the terminal in this step should already be open.

Enter the next commands taking care to wait for the installations in due time. In this stage, the only difference that will occur between Linux and Windows is that for Linux, all of them should have the command sudo, for authorization of the administrator, and in windows just serve the command directly.

Note: To assist in distinguishing the codes, the sudo command will be highlighted.

To the terminal, these commands will be available for access, to start it just call the command.

Note: In Linux a few times after installation, it will give an error saying that it was not possible to find the directory in Node, ‘/ usr / bin / env: node: No such file or directory’ to correct this error simply follow the steps below in terminal.

When you finish the installation, call again the node-red command in the terminal, and the server will start normally, to access it simply open your browser and type:

The Node-Red is a powerful tool that is on the rise and can be used soon on several fronts of technology, for its power of simplification, even schools will begin to replace their old methods of teaching programming and started to use it. So whoever learns the tool and the sooner and knows how to divide their knowledge will come out the front.

Another thing, Red Node is being used a lot in cloud computing, however, this is still a high investment, for the beginning of the joke and if you are doing a particular project like automating your own home or things like, get an Azure or Bluemix is not the best option to start, in that the node red helps us a lot, since it allows us to use some alternative services, not so powerful, more that reach the desired goal, and can even be done on less powerful servers like a Raspberry, Intel Edison, and Galileo.

There is no excuse not to start playing with Node-Red, it is a great tool, open source and extremely simplified, just install and start playing.